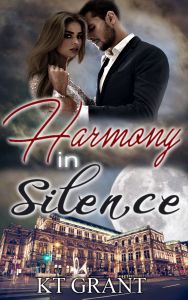 American billionaire Omar Segal has a life of luxury, power and prestige. Even though he may act the well-travelled playboy tycoon who loves fine wine and women, he prefers a quiet night at home adding to his collection of quirky themed socks or expensive outlandish suits and ties. But then an incredible opportunity arises where he can finally get his revenge against the man who stole the most important thing from him twenty years ago. He’ll reunite with the only women he has ever loved- Wilhelmina Kiraly, the first-born daughter of the richest winemaker in Hungary, and Omar’s sworn enemy.

Finally free of her domineering father after his well-deserved death, Willa Kiraly is now ready to embrace her new freedom and resurrect a career in music she had to sacrifice. She always blamed him for the destruction of her concert pianist mother, his former mistress he targeted for ownership when she was just a teenager. A product of her parents’ unstable and violent relationship, Willa has always felt she was never deserving of the Kiraly name and fortune. Laszlo Kiraly forced her to reject her love of classical music because of a dark secret he held over her head for so long. But when her past in the form of Omar reenters her life, all her doubts and fears threaten to rise up again and devastate her.

Omar wants to make every desire and dream of Willa’s a reality. He’ll take her on a magical journey across Vienna, Austria, seducing her senses with decadent chocolate and the music of Wolfgang Amadeus Mozart, her favorite composer. But how can she accept Omar when she suffers in silence about the truth surrounding her birth that led to her mother’s suicide and almost caused Willa to do the same in turn?

Her eyes opened, glossy and red. “I would have had more time with you.”

He traced the side of her face and through her hair. She was on the edge of tears, making his own eyes wet. He’d last cried at his father’s funeral. All it took was for Willa to break apart for him to do the same.

“Hey, now.” He tucked her hair behind her ears. “Let’s stay in the present.”

“I should tell you what I did after I returned to Hungary with Father.” Her tears wet her eyelashes.

“No, you’re not ready to tell me. It can wait.” He scooped her up and deposited her on his lap, where she hid her face in his shirt. He enclosed her in his arms and rocked her, comforting her like he had wanted to do for so long.

So much talk of time between them, but the loss of time didn’t matter while he sat with her, waiting for her to recover from her emotional trauma. He would have moved heaven and earth to save her from finding her mother bleeding out from slit wrists in a bathtub. But despite the power she thought he had, it was impossible. All he could do was give her new memories to replace the sad ones.

Willa sniffed loudly and wiped her eyes. “I’m not the type of person to break down in tears.”

“It’s important to you to keep your emotions in check.” He hugged her tight and kissed under her ear.

She plucked at a button on his shirt. “It numbs the pain if I ignore it. But you’ve unleashed something inside me that has been dormant for many years.”

He relaxed his arms, wary of how to proceed. She wasn’t pushing him away, which was a good sign, but she’d said he brought out all the ugliness and sorrow she tried to keep in check. His goal was to let her experience the exact opposite of the pain she suffered.

“You lost some color on your face. Why? I’m not going to attack you or lash out at you.” She traced the bare skin under his collar. “You should be thrilled since gotten me to sit on your lap.”

He gripped her hip. He couldn’t trust his body not to respond to her. God forbid she shifted down in between his legs—

And she did, just under an inch, making him jerk up, which of course was a wrong move since his dick now poked her bottom.

Willa laid her cheek on his shoulder while she traced up and around his chest and neck.

“We can stay all night.” He would, even if his cock went numb from the strain.

“As much as that sounds nice, I think it’s best we don’t.” She combed through his hair.

He moaned, relaxing into the cushions behind him but then froze when she pressed her mouth on the center of his throat.

“You’re playing with fire. I can’t trust myself not to kiss you.” He dug his fingers into her hips when she straddled him.

“Make me feel again.” She laid his palm on her breast. “I give you permission to touch me.”

He gave a quick squeeze—he would return to this luscious globe later. But he had something else in mind. He skimmed his fingers down her front and to her stomach, enjoying how her breath hitched and her eyelids fluttered as he tickled her belly button.

“Kiss me?” he asked, giving her control.

She dropped a damp kiss on his chin, sucking there. Then she moved up, meeting his mouth and possessing it. He responded by opening his wide and curling his tongue forward for her to claim her own.

Her tongue swept over his clumsily, not that he cared. Her unskilled technique made him want to beat his chest. Mine. Had he been the only one to have her? To be inside her?

He would ask later, but for now he was on a mission to make her fall apart in his arms and cry out in joy. He should abstain from going too far or fast since she was now willing to accept him, but he had to feel the silkiness hiding her special jewel.

She nibbled his lips and tongued the inside of his cheeks, moaning. She said his name like a prayer.

“Omar, touch me. I hurt so much.” She ground down on his knee.

Author of "out of the box" romances. Think of sexy, sweet and everything in between.
View all posts by ktgrant →
This entry was posted in Uncategorized and tagged Contemporary Romance, Harmony in Silence, KT Grant. Bookmark the permalink.
Loading Comments...
%d bloggers like this: