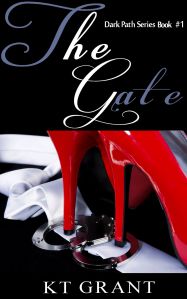 Erika Walsh has carried a torch for Christopher Milton, heir to her father’s publishing empire for years. After one steamy make out session she begins to wonder if it might develop into something more. But when M. L. Crawford, better known as Max, her father’s publishing rival, seeks her out at a society event, she’s drawn to his magnetic charisma and powerful demeanor. Their verbal bantering and innuendo laced overtones stir feelings she never knew existed, and soon Erika is consumed with knowing the real man under Max’s restrained public façade.

Erika’s sweet nature and naivety excites Max to near madness. He wants to train her in the art of seduction and make her succumb to his every wish and command…as his perfect submissive. Yet, Christopher is determined to keep Erika from becoming the latest victim of Max’s sinister sexual hungers. He knows all too well what Max hides in his black soul and will stop at nothing to reveal all of Max’s secrets in order to protect the one thing he holds dear above all else- Erika.

Max’s dark desires scare yet arouse Erika, as he opens her eyes to a new bold world full of passion and ecstasy she never imagined until him. But the biggest question remains: Is Erika’s craving for Max just an illusion that transpires behind the walls of The Gate?

He walked up behind her, setting his hands on her shoulders. “Like what you see?”

“You must have every greatest hits music compilation ever produced.” She gave him an amused look. “And most of it eighties music.”

“I’m a fan of that musical decade.” He gave her shoulders a squeeze then moved away. “How about we listen to some music while we enjoy our coffee?” He circled his finger over the stacks of CDs, selecting Prince’s greatest hits. He slid the disk into the stereo and skipped to the song Adore.

“I’ve never heard this song before.” She swayed.

“You expected me to play 1999 or When Doves Cry?” Snapping his fingers along with the beat, he moved to her side.

“Yes. I love When Doves Cry. I’ve seen Purple Rain more times than I can count.” She tapped her fingers against the side of her leg.

“Dance with me?” He held out his hand in an invitation. “We never did at the awards ceremony.”

“Hmm, a man who likes to dance? The mystery thickens.”

She slipped her fingers onto his palm, and he pulled her other hand around his neck. Wrapping his arm around her waist, he held her captive. Not once did he look away from her face and began crooning along with song.

Erika’s eyes widened. When he sang the section about making love, she licked her lips. “That sounds….”

Chuckling, he drew her to him, not caring if she noticed his rigid cock. Her pupils enlarged, and her nostrils flared as she inhaled. He continued singing until he was lost in her gaze. When the song finished, it began again—he didn’t realize he’d set it to repeat.

“Max, I feel dizzy. Does that sound silly to you?”

He slid his palm up until it nestled near the side of her breast. “Not at all.”

He pressed his lips to hers. She gasped, her mouth still open. He took the opportunity to lick the inside of her cheek. Her fingers dug into the back of his neck, the sting causing him to suck on her tongue.

She didn’t circle her tongue with his, just let him take over the kiss. With a growl, he clutched the back of her head, holding her in place. He grazed his thumb over her tight nipple, enjoying her squeak.

He broke off the kiss, nipping her chin and side of her throat. “I want to devour you, to possess you like no other man has.”

“I bet you say that to all your women.”

He stopped, framing her face in an immobile grip. Her hands grasped his wrists. Panting softly, she observed him. He took note that her nipples were rock hard. The slight scent of citrus combined with her arousal met his nose. She was excited. He wanted to cheer.

Author of "out of the box" romances. Think of sexy, sweet and everything in between.
View all posts by ktgrant →
This entry was posted in Dark Path Series, KT Grant, The Gate. Bookmark the permalink.