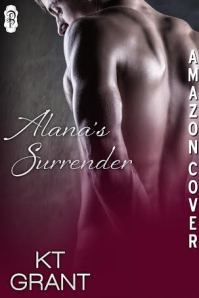 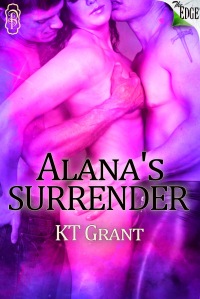 Synopsis: Alana, the lead singer of the all girls’ group, The Lady Pearls is about to hit it big. Every Saturday night she sings at Sisco’s, a popular bar in town. She’ll always be grateful to Casey, the owner, who gave her a start and who she has a secret crush on.

Casey doesn’t just want to be Alana’s employer but her lover. Then there’s the bartender Marc who also lusts for Alana and refuses to wait on the sidelines as Casey puts the move on her. He’ll finally claim Alana as his own and perhaps allow Casey to join them for a night all three will never forget.

“You want me,” he said, running his fingers up and down her smooth skin.

“Yeah, so? If I say yes, what do I get?” She licked her lips with her dainty tongue he couldn’t wait to suck on.

“I want to taste you all over and kiss you until you can’t breathe. I’ll also give you the best fuck of your life. But I can’t decide what to do first.” he said, enjoying the way her mouth fell into an

“O.” Her chest heaved, and his smile grew when she rolled her hips and whimpered.

“What do you want from me in return?” She traced his knuckles. “

Pleasure. I give, you receive, and visa-versa,” he stated, bringing his face close to hers. “Before I’m deep inside you, I have to know if you fucked Casey.”

She shook her head no. He nodded, pleased and crushed his lips to hers. Casey would probably end up with the happily ever after, but at least he would have her first. He fought a pang at the thought of the two leaving him alone, but her arms came around his in a tight clasp. She moaned against his mouth when he cupped her ass, rocking her cunt against his crotch. She spread her legs apart. He tore off her panties and threw him over his head. He dragged her skirt up as she lifted her hips.

He broke the kiss and gazed in wonder at her shaved, glistening pussy. Brushing over the damp flesh, he inhaled. He couldn’t wait to lose his tongue in her creamy folds, to lap her up. He opened his mouth, ready to latch over her core when the knob jiggled and the door flew open.

Marc held Alana down while she covered her face. Casey shut the door, surveying the scene.

“I came at the right time,” Casey said, dropping to sit on the arm of the couch. He caressed the top of Alana’s head, tugging her hair out of her ponytail.

She dropped her hands, but didn’t try to push down her skirt as Marc expected. She stared at Casey and something like acceptance passed between them.

She then looked down at Marc. Smiling, she caressed his cheek. “Aren’t you going start?”

Author of "out of the box" romances. Think of sexy, sweet and everything in between.
View all posts by ktgrant →
This entry was posted in Alana's Surrender, Edge line and tagged Alana's Surrender, Decadent Publishing, KT Grant. Bookmark the permalink.
Loading Comments...
%d bloggers like this: